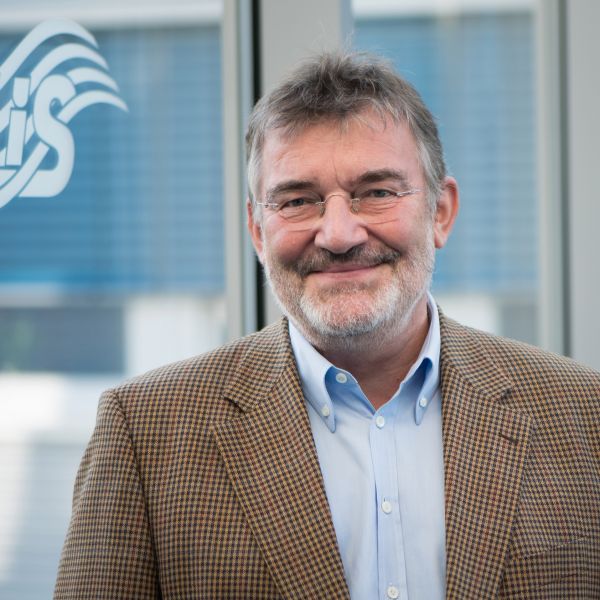 In 1980, Hilmar Wagner founded the predecessor company of LIS AG as a student

The early 1980s were undoubtedly a milestone on the road to the information era. Companies such as Xerox, Texas Instruments and Atari developed the first computers for home use, some of which were as large as refrigerators. With the Disk Operating System (MS-DOS), Microsoft brought its first and very popular x86 operating system onto the market, IBM used it to build the Personal Computer (1981) and defined a worldwide industry standard, on which many commercially available PCs are still based today. A short time later, C64 (1982) and Apple Macintosh (1984) microcomputers paved the way for commercial success. This is where LIS comes in!

The digital revolution also broke out in Münster in Westphalia in the 1980s. “I studied business administration at WWU University in Münster at the time and was incredibly enthusiastic about technology,” recalls LIS founder Hilmar Wagner. To earn a few extra Deutsche Marks, he worked as a student assistant in the university’s computer center, where he was busy writing codes, stamping them into punch cards and having them read by computers. “I can’t remember how many holes I punched into cardboard strips,” he smiles. It was at this time that the already capable man first came into contact with the subject of transport management, when he followed the call of a specialist whose mantra was: “My planning is a stock market – I need software!  On behalf of the company Orga-Soft, Hilmar Wagner set to work.

SIGNATURE IN THE DELIVERY ROOM

Ready for action, he founded his first own company together with Dr. Reinhard Liedl, a scientific assistant whom he met in the lecture hall: Wagner & Partner GmbH. He and his wife Ulrike signed the last document that marked the start of his entrepreneurial life in the delivery room, where their son and current board member Magnus was born a few minutes earlier.

“Graphical user interfaces and operation via a keyboard were not very common at that time,” Wagner recalls. But he himself was lucky enough to be able to program on a computer with a keyboard and screen, and developed planning software on it. The fact that these were individual, non-standard programs until 1984 did not diminish the revolution: For the first time, transport order processing was possible on a computer.

At that time, however, the program still lacked forwarders with the necessary hardware to establish it nationwide. “Mainframes cost several hundred thousand D-Marks at that time and accordingly the business was not very lucrative,” says Wagner. Orga-Soft went bankrupt within a short time – and being a subcontractor, the so ambitious Wagner was practically on the street. But not without first securing the rights to his software. “We had already invested so much time and energy in the software that we did not want to give up. We were convinced that our program would work,” explains Wagner.

He ambitiously developed it further. With great success: After a coup in the course of which the US American corporation IBM had been outbid, the tech giant was so impressed that Wagner was able to win them for his start-up: “IBM offered us a sales partnership with which we could put our company on a solid base. And the digital revolution gave a jump-start: “Suddenly, personal computers began to boom as they became financially affordable. So there was a market for appropriate software,” reports Wagner.

Thus it did not take long before other customers took the bait and the success story took its course: With the integrated application software for forwarding agencies, IAS 400, the first standardized program came onto the market in 1984. The second standard program also came out in the 1980s and was sold to forwarding agencies in cooperation with „Straßenverkehrsgesellschaft Münster“. Also in the second half of the decade the company was renamed to LIS Wagner & Partner GmbH.

In the race for creative minds, the young company was also always one step ahead: in 1984, Volker Lückemeier joined Wagner & Partner as a partner, who decisively shaped the history of LIS as a later member of the board. A few years later, Volker von Lojewski came on board, who completed the new management team and, since 1999, also took over the role of LIS supervisory board chairman. “The two were not only reliable business partners, but also long-standing friends. Unfortunately, they no longer live to see our company’s 40th birthday,” says Wagner.

Right at the beginning of the new decade – 1990 – the company achieved another milestone: the development of the industry solution SPEDIA, which could be used on network-compatible PCs for the first time. Only three years after moving to Greven, the company changed its name to LIS Logistische Informationssysteme AG in 1997 and the first version of SPEDIA’s successor WinSped was released. At that time, it was not foreseeable that the software would develop so well, that rather came along with the increasing establishment of Windows as the operating system.

Over the years, the scope of application of the software has grown steadily. “Our company has proven to be as adaptable as our software,” says Wagner enthusiastically. Till this day our multilingual Transport Management System is market leader and used by customers with almost 1200 locations throughout Europe. Subsidiaries in the Netherlands, France, Poland and Spain are the current basis for this. Without Hilmar Wagner’s commitment and his good instincts, this would probably not have been possible. The LIS founder is proud of this: “Offering our customers added value with new ideas time and again was the basis of our success.”