In the field of loading equipment invoicing, there is an important addition in WinSped, starting with the next maintenance version: Now it is possible to cancel single parts of a printed special invoice and produce a corresponding credit note. Until now, only the entire document could be cancelled.

A frequent practical example is the invoicing of returned and not exchanged items in combination with a processing fee. After the invoice has been issued, debtors in some cases return the respective items to avoid paying the invoice. However, the issuing party insists on reimbursement for the administrative expenses and now cancels only the returned items. The debtor receives a credit note in form of a partial cancellation. However, the claim for the processing fee remains along with the original invoice.

A pallet invoice is produced in the loading equipment center. 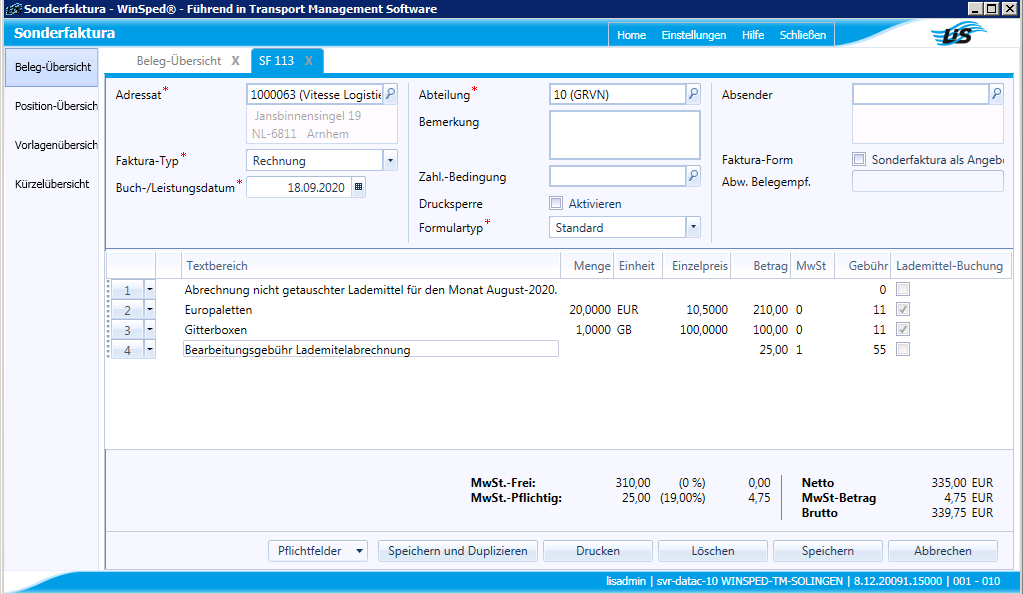 Later, all load carriers are returned by the debtor. These can now simply be cancelled from the original special invoice. 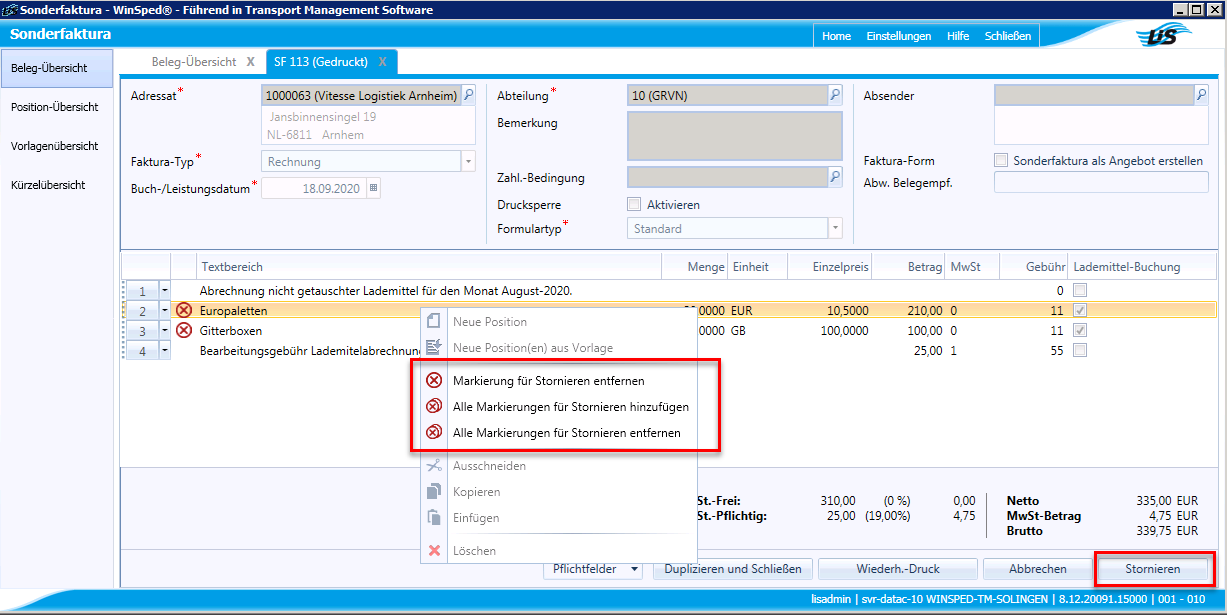 The newly created data record concerning the returned load carriers (€ 310.00) is deleted by the user.

The two relevant documents – the original invoice and the partial cancellation (credit memo) – remain in the Loading Center.